By Maddalena Corbini6 December 2021 No Comments 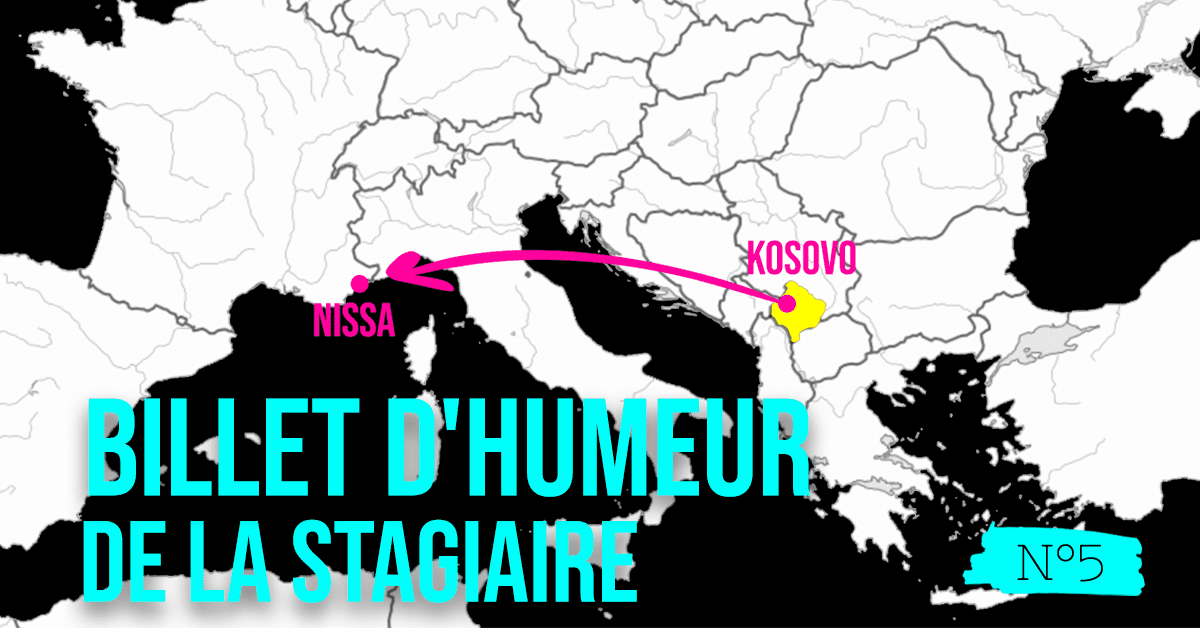 That’s the price the waitress had just announced, at the end of our aperitif, in one of the most beautiful hotels in Nice. Seriously ?

Today I’m going to talk to you about a rather intimate subject. After all, we are no longer strangers. Well, I am, a little. So here we go ! Let’s talk about my “culture shock” in France and my integration in the Labo Coworking.

It was my third week of internship, when my boss announced that we were going to have an aperitif in a restaurant. Really ? In a restaurant ? What shocked me was not the drink, but rather the place. Drinking an apple juice, nibbling on some pistachios, and eating a delicious courgette flower fritter, and finally paying a hundred euros, left me speechless. Fortunately, the bill was for my chef. Phew !

In my country, we also do aperitifs. The difference: the price! And the place. Tea, dried fruit, and for the greediest, some very sweet cakes, that’s the menu of an Albanian aperitif. Sometimes there are also cold cuts, but this is for special occasions. With all these ingredients on the menu, it will never cost more than the 100 euros for a nice aperitif.

What caught my attention, or should I say “marked this cultural border”, was the facial expressions. The French express themselves enormously with mimics. I’m not saying that I’m an emotionless robot, of course, I’m just saying that they are much less pronounced here. Surprise, shock, fear, every emotion is represented on the face.

And then there’s the ubiquity of onomatopoeia, in any situation. Expressions like the long “baaah” at the beginning of a hesitant sentence. The numerous interjections (often familiar words that exclaim spite, fear…) such as “ah zut” or “oh lala” “roh” and many others that you surely know better than I do, accompany the French daily.

At the Labo Coworking, there were no huge cultural differences. I even found common values. Mutual aid, benevolence, the pleasure of sharing… As an intern, in addition to having met various professions, I also had the immense pleasure of meeting people, all as different as the others, who welcomed me and integrated me into the team. The objective I wanted to achieve by doing this internship was to get out of my comfort zone and go towards the unknown, the adventure. I think that I have successfully achieved this today.

The Labo Coworking has not only allowed me to include myself in the French culture, but also to find common points between cultures and traditions around the world. Indeed, this internship was a real SpeedCultureDate (a term invented by myself), where I was able to go beyond my bubble and discover new cultural horizons.